Cycling the dirt road to Mbeya 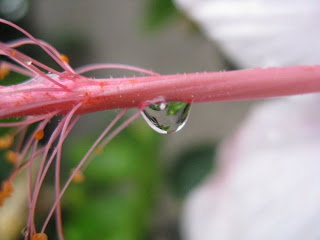 These days if I were cycling through Africa, I would probably have an Android phone and I could connect to the internet almost everywhere. The resolution on google maps has gotten so good as well. In Tanzania you can zoom in and see the individual trees. It's hard to explain to people that all those things weren't available just a few short years ago. Instead, what I had was a scrap of paper with the following towns listed on it: Kigali, Nzega, Tabora, Mbeya.

I was surprised, when I reached Nzega, to learn that the road to Mbeya through Tabora was a dirt road. There are two main reasons to avoid dirt roads. First of all, when you're remote, there is less help around if you run into trouble or get robbed by bandits. Second, the road could be bumpy or sandy. But there was no internet in Nzega, so I wasn't sure what the other roads were like. And you stand at the end of the tar and stare into the distance and maybe the road looks solid and smooth but there are 700 kilometers until the other side and it's a gamble. And perhaps that's a metaphor for life. So you start off down the lonely dirt road.

And it is lonely. There are few people and fewer still who speak English. The first few hundred kilometers on either side have bus service, but I don't think there are any buses which go all the way through. At times, I'd arrive in a village and have to resort to sign language to find something to eat. Children are better than adults at sign language. Adults just stare at you sullenly and refuse to participate in your game of charades.

It's a surreal thing to cycle on and on, alone. It's just a series of disconnected events that have no meaning or story or sometimes don't make sense. Like the abandoned construction site, way out in the middle of noplace, where a mad homeless man lives by himself. Or the village with the megaphones set up on poles which blare the sound of a child and a woman weeping. And you cycle on from there until you catch up with a man carrying his four year old daughter on the back of his bike. And she keeps falling asleep and almost falling off until eventually he secures her on with a piece of cloth. She doesn't look sick, it just the rhythm of it putting her to sleepy. You can't talk to him, but it's companionable to cycle on and on together with him and his sleeping daughter until it's after dark and you reach the next village.

Traveling that is a dream like thing. And it does infect your dreams eventually. Sometimes I dream I'm cycling through the forest and there are woolie mammoths chasing after me. Or sometimes I'm exploring a city made of white stone by the ocean. Or sometimes I dream that I'm just a small dot crawling slowly across a big map.

My favorite part of this section was the bike paths. There were long bike paths to avoid the sandy or bumpy bits of the road. You could travel for twenty kilometers with just occasional glimpses of the road here and there. When you're cycling on the road, you're constantly looking up ahead and counting kilometers. It is a fun change to go barreling through the trails in the forest. Or through the fields and through the villages, scattering the chickens with a flurry of feathers and clucking.

Then on the last day you climb and climb until you are get to the crest of mountain range. There is a constant breeze here and someone has made a windmill using the old side panels from a car. You can see the city laid out far below you in the valley. You look out and you can see for miles and miles until everything is fuzzy and blue.

You want to savour the moment. To breath it in. You know that soon you'll be racing down the hill and you'll never be back, to this place and this glorious view. Then you get back on your bike and you follow the road, but instead of going down it keeps on following the the mountain ridge, up and up and up. And each new view is amazing and wonderful. Then the road goes behind the back of the mountain again and you cycle up and up and up. Until at last you reach the very tippy top where the radio antennas are. There is a sign which tells you that you're on the highest road in all of Tanzania.

And the view from there is ok and you feel slightly guilty because you're too tired and don't actually care. So you coast downhill into Mbeya.
Posted by Dan Carpenter at 12:52 PM

Beautiful post. Makes me want to take a bike tour myself!