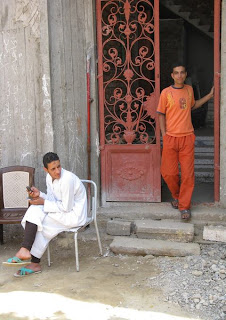 This is Ahmed in front of his partially constructed house.

People joke that cell phones and cigarettes are the top busineses in Egypt. But really if you want to be wealthy then construction is the way to go.

Every year the population of Egypt goes up by a million and a half. The government has tried to offer free birth control tablets to women but it hasn't made a difference. You need a home before you can get married. Lots of people in Egypt can't afford to get married until age 35 or 40. Possibly that acts as a kind of birth control, I suppose. 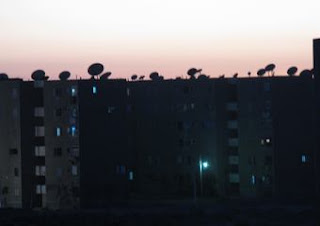 Posted by Dan Carpenter at 2:39 AM